It's that time of the year again for the Zaman University Annual Student Conference! This year marks the 4th year since its inception, and once again we have students from Cambodia and the region coming together to present the fruits of their research!

This year's conference will deal with the issues and opportunities that surround regionalism and globalization. Due to rapid technological advancements in the fields of communication and logistics that pervade this century, this made establishing cooperation between states easier. This development also prompted businesses to expand their activities to other countries, giving rise to multinational corporations with various operations in different countries. Because of this, regionalism and globalization have become a trend in international politics, encouraging states to create closer ties with each other. However, the rise of modern nationalist and isolationist movements, as well as populism, pose a significant threat to these phenomena. Events such as the Brexit and the election of populist leaders who seek to move their country away from the international plane illustrate the trend of moving away from globalization. This conference then aims to serve as a platform for students to share their research on the challenges that the concepts of regionalism and globalization face in a century where countries seem to prefer to work on their own, and provide some future prospects on where the globalization trend is heading. 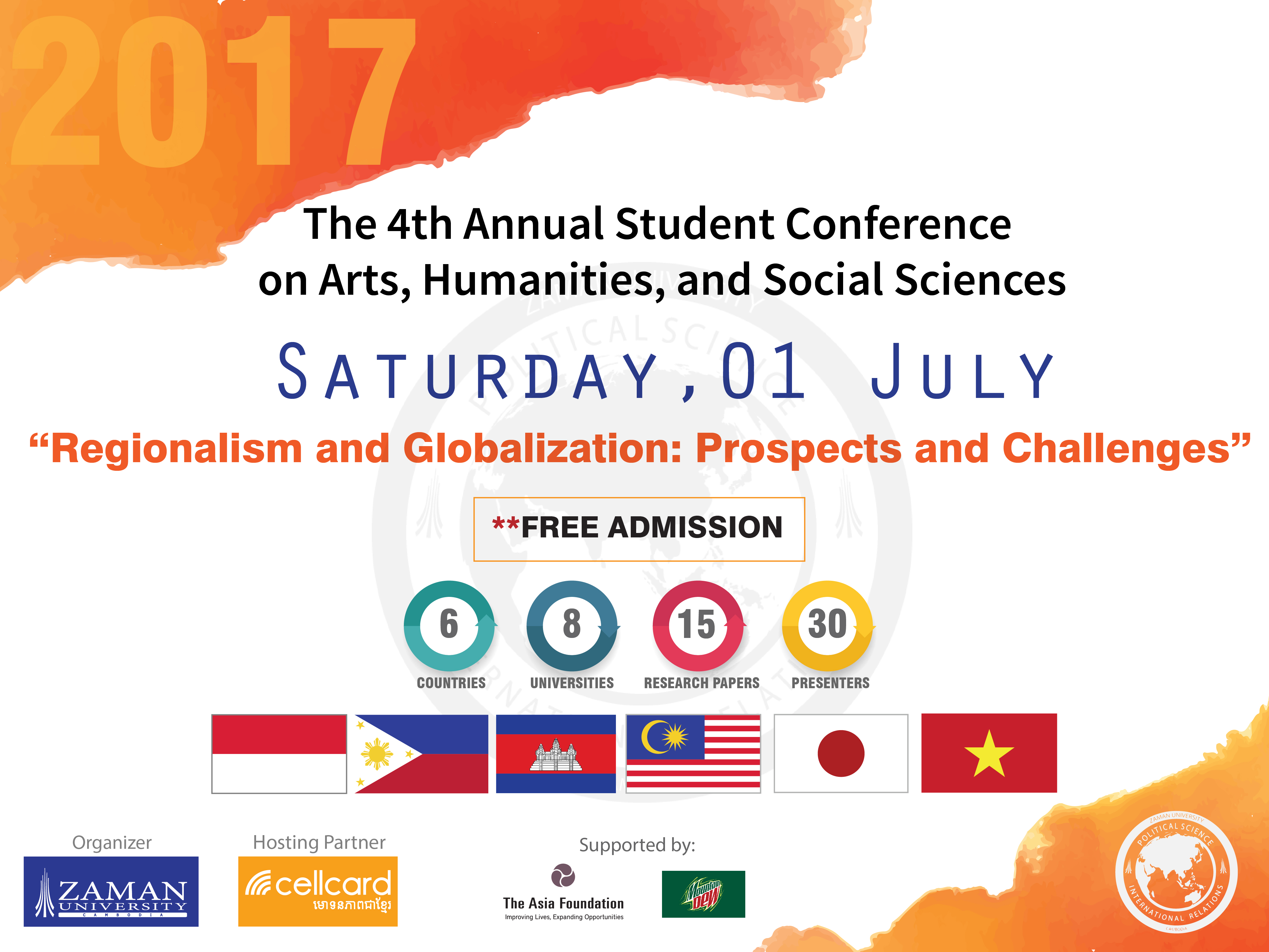